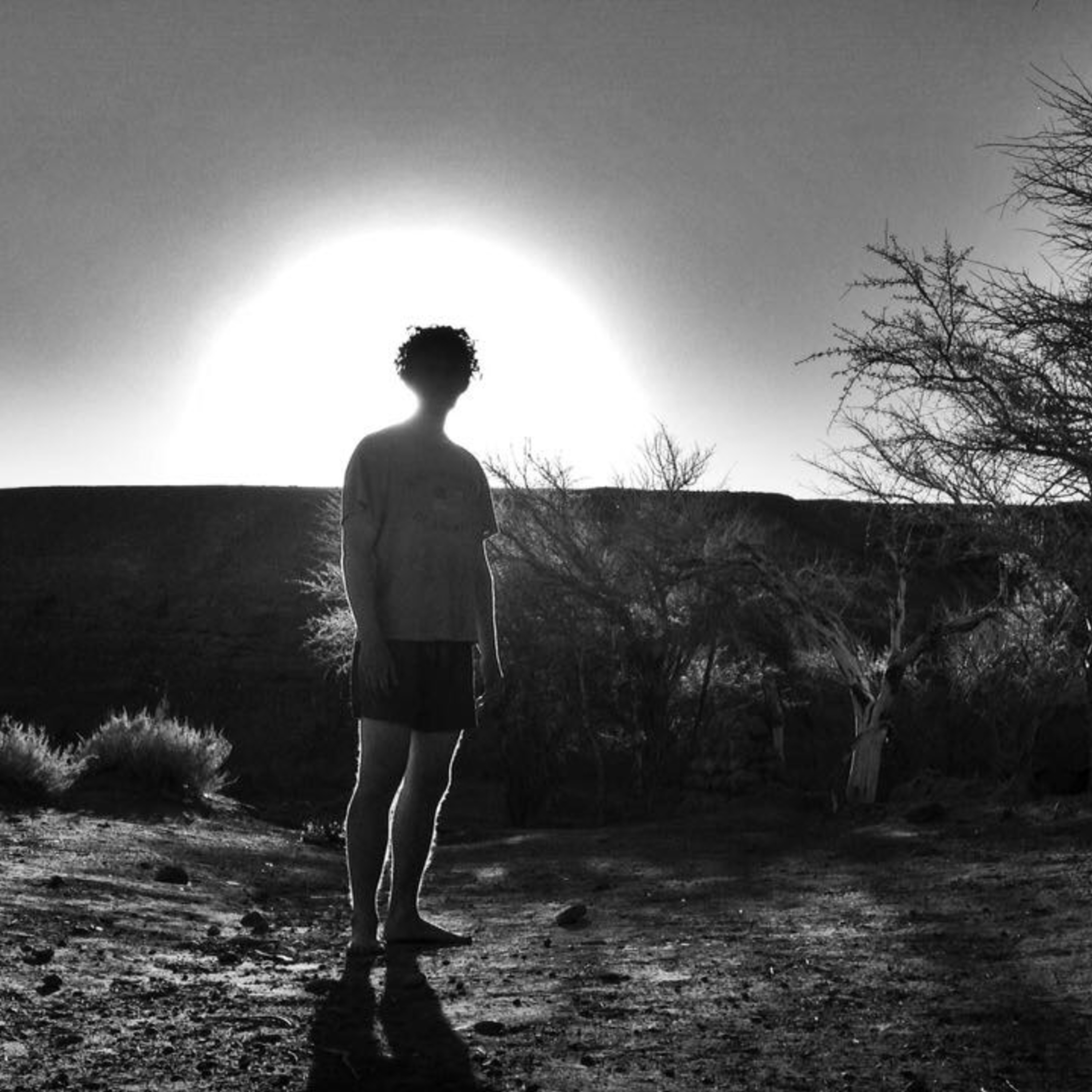 What’s crackin’ kids, “I’m Chuck Wilde, and this is THE NOMAD THEORY.”

But who is Chuck Wilde? In this episode, I share my origin story, the reasons why I left my contracting company, and how I accidentally started traveling as a nomadic theorist. Plus, some more about what I’ll talk about on the show.

Oh, and pay attention to the characters too. Bret is my former business partner and Rodney is a best friend. Thanks for listening, and stay wild!

Right after high school, I left for college and received an ARMY ROTC scholarship at the University of Colorado. Hoooha! Uncle Sam here we come!

In 2015 I dropped out of college and began flipping houses.

After successfully flipping 2 properties with the help of my Dad (who was a contractor for 25 years)—and reading 101 self help books—the start up bug bit me and I thought I was ready to jump into the world of entrepreneurship and become a millionaire!

So, a long time friend, Bret, and I, did just that—minus the millionaire part: we started a residential contracting company. We operated under an LLC, paid taxes, tested out some expensive marketing strategies and worked like oxen. We were stacking bills and living thrills.

Bret and I continued contracting as a legal entity for over a year and a half. It was a rewarding business—working with your hands to create something beautiful—and it paid better than any other job I could get as a 21 year old….

Until my millennial mind got restless . . .

I faced the usual, “Am I doing the right thing with my life?” questions that every privileged white person does. I fell in Love, then had my heart broken. Made a lot of money, and lost a lot of money. You could call it a relatively rapid cycle of emotional change.

We were making good money, but I was also depressed, and more anxious than ever. I saw most of my high school peers living the “college experience” and chilling every weekend like student loans didn’t exist. While my friends followed the “college path,” I found myself nearly alone, wearing khaki pants and a polo shirt, endlessly searching for our next bathroom remodeling gig.

One day, my best friend Rodney, who was studying at the State University, asked if Bret and I wanted to join him for a 3 week backpacking trip through South America before he started studying abroad in Lima, Peru.

It was late 2016 and the contracting market was heating up, so we had a hard choice: (1 Stay in Pittsburgh, keep making money, buy rental properties and earn eventual financial freedom? Or (2 live on the edge of uncertainty and gear up for a once in a lifetime adventure?

It might go without saying, based on the title of this podcast, but we took the leap and bought our tickets.

Several months of hardcore planning and we developed a 3 week itinerary that could rival that of any Lonely Planet Guidebook. Our trifecta was packed and ready to jet. What could go wrong?

Good question. Most college sophomores think the “You only live once” thing is always a solid move. In hindsight, Rodney might say otherwise.

Just a month before our departure date, I went to visit Rodney at his University for a weekend of unlimited alcohol and awful rap music. Within 8 hours of arriving, his fellow students had entered a state of violent fervor after winning an important bowl game. For some illogical reason it’s now a tradition to destroy your own school’s campus if your home team wins?

In other words, a riot broke out, and thousands of belligerent students poured onto the chilly main street, throwing empty liquor bottles, pulling down lamp posts, jumping on cars, and breaking windows. The situation was exhilarating and, of course, conducive to poor decision making.

Rodney and I stood to upon a hill, watching the scene elaborate as over 100 armed and armored riot officers marched towards the hoarded student body; brandishing batons and plastic shields. Behind them, a formation of mounted calvary officers directed their troops like Napolitonic lords.

To our right, an intoxicated frat boy shared the view. He turned to us, pointing a cracked red solo cup towards the crowded street below and said, “You guys should go smack that horse’s ass,”

Now, to be a man of character, a man must have a character. In this situation, our only real character came from a simple maxim called L.O.T.E.—which, when spelled out, means Live On The edge.

We looked at each other, shrugged, and started barreling down the hill towards an available horse arse and lifted our hands for a solid strike.

That single otomotopea would ring through my cerebral caverns every day for the next year and a half. I immediately ran back up the hill to safety, turning only quick enough to witness the same horse we just defiled, buck up and charge after a skinny white dude wearing a black columbia fleece.

NOOOOOOOOOO I yelled, What are you doing Rodney?!! He had taken off running DOWN the street and the officer zeroed in on his collar. Like a bad guy from spiderman, Rodney was lifted off the ground and dropped again into a swarming circle of shielded foot soldiers.

Rodney was done for. They took his ID, future plans, and right to leave the country, all with a pile of paperwork.

“What the heck are we gonna do now?” Bret and I asked ourselves. The tickets were bought, reservations were made, but we wouldn’t be traveling as a trifecta.

mmmmmmmmOver the following weeks before leaving, Bret started acting funny. We got into arguments about who should go get fresh paint, or where to get lunch. We knew each other almost 10 years, worked together at least 3 of them, and never got in a fight.

Was it the pre-trip jitters? Financial worries? language barriers? I don’t know, but once Bret and I arrived in Punta Arenas Chile, the arguments grew more severe, and lasted several hours at a time. We would scream at each other in the face, both claiming the other was wrong, too prideful to compromise.

Then, it happened. It was a perfect storm. An opportunity for me to turn the tables and give Bret a dose of his own medicine. We all know that choice, where we feel responsible to show the other person how they’ve been making you feel, because if they knew , they would stop doing it, right?

Wrong. My attempt to emotionally educate Bret backfired, sending him charging away in a fury. We shared a tent that night after getting split-up, but in the morning I found his side of the shelter empty. I never saw Bret again.

God bless his soul, really. If it weren’t for our argument, Bret and I would have headed right back to the Contracting company after the 3 weeks, and hopefully found some happiness owning rental properties.

Thankfully this didn’t happen. It quickly became obvious that the original 3 week schedule didn’t provide enough time to truly experience South America, so I canceled all my return flights.

Over the next 11 months, I discovered travel techniques that allowed me to spend more time in the coolest places, learn Spanish fluently, budget effectively, and meet amazing people without going broke in the process. During several periods I lived for entire months on less than a dollar a day—and in one special circumstance, went 30 days without spending a single penny.

By no means were all the experiences pleasant, but even in the moment, I knew the memories would be priceless. Which is why I kept a daily journal detailing my thoughts, theories, and stories. On this podcast, I’ll discuss some principles of THE NOMAD THEORY and interview people who embody the nomadic mindset.

Catch me every week for a new episode of THE NOMAD THEORY where I look for the best ways people can take a guilt-free gap year and learn something without going broke.

If you missed it, check out the first episode on Spotify where I explain what THE NOMAD THEORY is.

Also, thank you to Juanitos for their song Raggae Party.

If you have any questions about this week’s episode, or THE NOMAD THEORY itself, send me a message at thenomadtheory@gmail.com and I’ll get back to you asap.