#42 TNT Elisa Beck: Early days of Activism, Enlivening Consciousness, and How to Look Inside Yourself 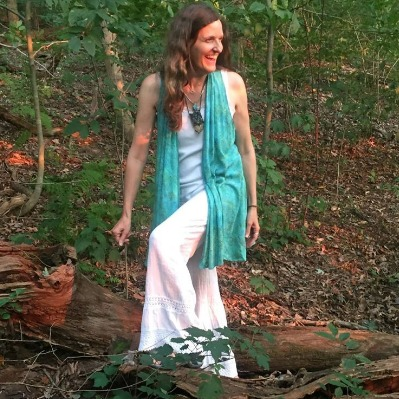 “We need to move through space in mindful ways, for a regenerative future, we need to get this going.” – Elisa Beck

Elisa Beck is an Neurodevelopmental optometrist with an eye for what’s inside. Her enthusiasm spreads like a warm fire on a chilly day. Listen in to hear what it means to look inside yourself, instead of externalizing your complaints.

I often get impassioned at parties, late night, and end up sharing my Theories with unassuming party guests. Sometimes this pisses people off. But Elisa Beck showed me that even if they won’t budge in the moment, a seed was planted.

Because we don’t have time to be losing these crops. The fracking companies are putting a fucking frack pad 2 miles away from Elisa’s house in Monroeville and it will likely destroy the smaller water sources in that area, and surely pollute the larger ones.

Elisa Beck is an Neurodevelopmental optometrist with an eye for what’s inside. Her current ambitions in the realms of protecting public water sources from further pollution ask her to be at top energy levels on a daily basis.

To do this, she eats an extraordinarily healthy diet, meditates amongst trees regularly, and does EmbodYoga when feeling active

One meditation she finds particularly powerful is looking inside yourself to ask the question “what is it that I’m doing to create this?” instead of externalizing and blaming “this politician or that politician.”

Listen in to the episode for more stories about Elisa’s early activism, environmental entrepreneurship, and her future book.

Thanks for listening to THE NOMAD THEORY,

2:00 Elisa’s cousin originally got her interested in nature by explaining that different rocks came from different places, and by running through the woods with her Basset Hound, Maxwell.

3:15 Elisa describes her refined process of looking internally to ask the question “what is it that I’m doing to create this?” instead of externalizing and blaming “this politician or that politician.”

We are all participating

7:45 Elisa was going door to door collecting signatures for the Kidney Foundation in the 9th Grade. She used to

9:05 “We need to move through space in mindful ways, for a regenerative future, we need to get this going.”

9:30 Elisa gives examples of how we can approach apartment complex owners to ask if they would potentially put solar panels on their roofs.

12:15 I often get impassioned at parties, late night. Sometimes I piss people off. Elisa shows me why what I did at this party was a good thing, because I planted a seed.

17:30 “It’s not them, it’s all of us, we are the collective. How do we come back to ourselves to know we are all hippy, we are all executive, we are all Trump.”

20:00 Elisa talks about how she became an MSG detector at restaurants after becoming closer to vegan for the first time 8 years ago. I experienced a similar sensitivity during the one month I went 100% vegan.

25:00 I talk about a dream I had where Burger King adopted the fake meat that Richard Branson is investing heavily in, it is grown in a lab and has exactly the same DNA as real beef.

32:30 Brandon Denison and the Coal Field Development initiative have brough 1000’s of people out of the coal industry by using other entrepreneurial ventures. Was it easier for him because he is farther away from the city?

35:00 Announcement of Elisa’s future book. Enlivening Consciousness Spirituality, Wellness, and Veganism from a Neurodevelopmental Optometrists View (a working title) The book is based on her Master’s thesis and she is in the editing process now.