Actual home prices and renovations have been changed to protect involved parties, but the concept is still applied.

While sitting in last period study hall, my best friend (we’ll call him Nelson) and I were scrolling through craigslist.

Already a huge fan of Rich Dad Poor Dad at age 16 (not recommended), I decided to check Pittsburgh’s “Real Estate For Sale” listings … just for fun. Most were rental leases, new development ads, or obvious scams. But there was one, I noticed in amazement, that said “HOUSE FOR SALE $10,000”

“Holy shit, Nelson!” I hollered at a volume too loud for a library. “Surely we can scrape together 10k between our grandparents and favorite cousins!”

I clicked the link.

We saw a white bungalow style house with an orange condemnation notice on the door. Then we saw the address. By means of minivan, it was 10 minutes away from our highschool. We called or other best friend, Jeromy, and told him to quit his job at K-Mart.

We arrived at the condemned house 15 minutes later.

No answer. The windows were dirt-dusted and a 100 year old White Oak had fallen through the living room roof, blocking our view.

Around back was a nasty green turf porch (you know those porches) and another door. I knocked again. Then kicked the fucking door down.

My heart twisted and squirmed our lungs were filled with toxic fungus. Nelson and Jeremy followed closely behind as we entered the room, which turned out to be the kitchen. But you could barely tell it was a kitchen.

Even the Before picture was a cleaned up version

The entire ceiling had collapsed, and a thick layer of greenish purple mold covered every surface. I immediately felt lightheaded, as if I had recently sipped some iboga, but we pressed on. We took stock of bedroom count, flooring conditions, heating/cooling machinery, and any other details we could scrounge within a 3:00 minute cell phone video.

Just as the smell was becoming unhealthy, a lime green Prius pulled up outside and triggered our evacuation. With 3 equally terrified and determined smiles on our faces, we bolted up a soggy hill behind the house and made a round-about escape.

My dad had been a residential contractor for over 25 years at that time (he likes to work with his hands), and I was his trusted Gopher ( “Hey boy! Go-for this!” or “Go for that!”) since the ripe and totally irresponsible age of 12.

In short, he knew what the hell he was doing, and I wasn’t a total idiot with a circular saw. Any tool he didn’t already have, we could rent from Lowe’s.

That was my pitch anyways.

The property ended up being an auction, which meant that by a specific date the house would go to the highest cash buyer. That date happened to be 5 days later.

Everyone had their doubts. “What if the house doesn’t sell?” “What if we can’t fix it cheap enough?” “Who the eff is going to do all that disgusting work?”

I was in high school still and my dad had to work to feed us chicken tenders for dinner. Plus, my dad had never even been in the house to do a cost estimate. Even if he had seen the place with us, an estimate is just that, an estimate.

But apparently my dad had been waiting for something like this. He had flipped a house himself 6 years earlier, but only made enough profit to pay himself the labor hours he put in. With this shit hole on the other hand, there would be a little more wiggle room … as long as we got it dirt cheap.

On somewhat of an unpermitted (by my mother) whim, my Dad took out an equity line on his life saving and the house.

3…2…1… “Congratulations, You’re the highest bidder!” My dad got an email and the house was transferred to his name within 2 days. The total price $24,000.

Nelson, Jeremy and I regularly evaded last period study hall during the weeks following, and we woke up early on weekends so we could log more hours.

We did every perilous task conceivable, and never once thought about taking out an insurance policy. I had been doing work under my Dad’s guidance for years, but this job was a level up. We laid tile in the bathroom, patio, and kitchen, finished hardwood floors, built a stone patio, installed cabinets, built French drains, conducted ameteur mold removal, fiddled with plumbing, screwed up some electrical stuff multiple times, and sanded lots, and lots … and lots of drywall mud. We picked up enough skills to start and operate a lackluster general contracting company (which we actually did 3 years later) 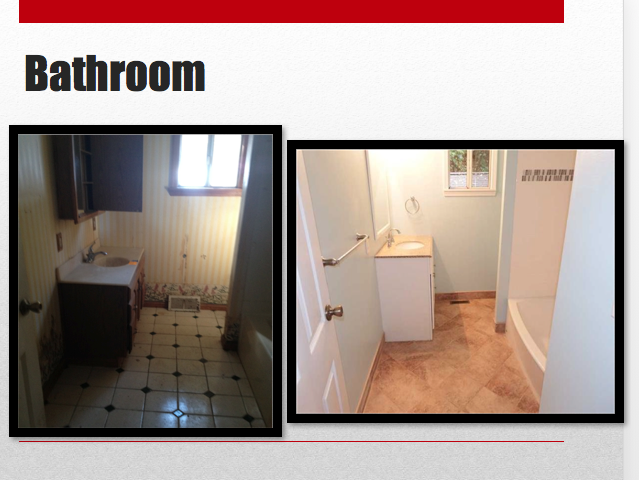 By the end I had emotionally erupted at my Dad several times, and stormed off the site 2 or 3. I incurred a fungal infection in my lungs that lasted 2 years. We were robbed of all our tools. The ordinance police fined us for improper permits. And this job was surely the start of my own tendency to ignore my physical wellbeing while working on construction sites. I am terribly unfair to my body, especially my back. But sometimes you just gotta get the job done. 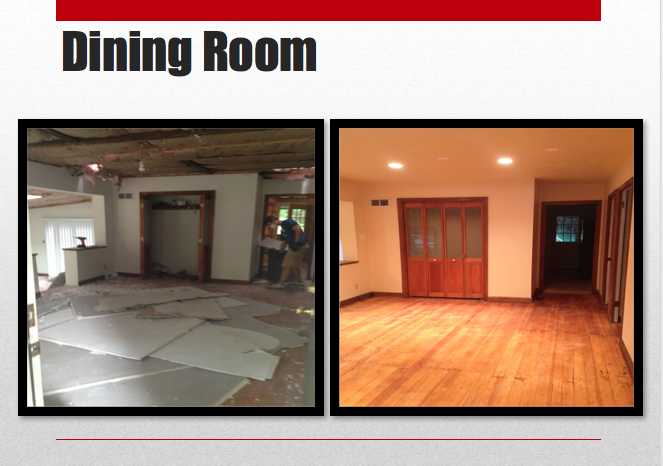 There’s Chuck, breathing in mold. Was it worth it, Chuck?

You’re welcome parents. And thank you, of course. For showing me that absurd dreams can become #RealLife with enough creativity, opportunity, and persistence. TNT is about cultivating these character traits, amongst others. Move from Theory to Theory, or HQ to HQ, until an unexpected opportunity to use your unique creativity arrives.

I used the money I earned from working on this project to start JournyUpon LLC, The Charger Exchange, Eagle Property Group, and Acorn Hill Contracting LLC. All of which, are certainly Bootstrap Businesses. While they were all part of the process, the latter venture was the one that originally launched me into my 2017 GapQuest. 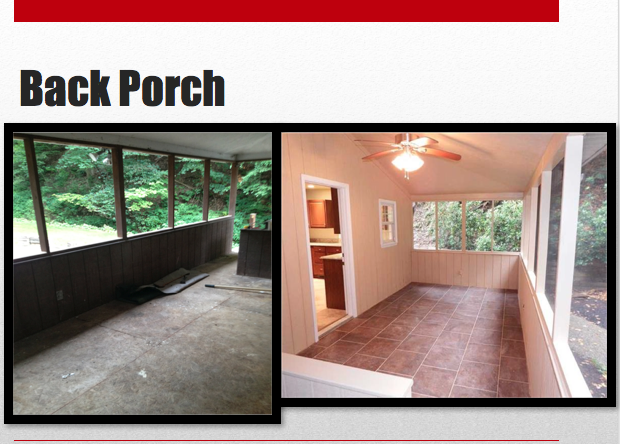 When did the story start? For me, sitting in that library was a defining moment. A call to action, so to speak. Where will the plot take me as it thickens? Stay tuned in to TNT Network and leave any questions or comments belooooooooow!

Thanks for reading, stay wild folks!